HAIs are infections that patients acquire while receiving medical care.  An estimated 1.7 million infections and 162,000 deaths occur each year in the USA.  HAIs can be caused by bacteria, fungi, viruses, or other, less common pathogens. HAIs are a significant cause of illness and death. Two of the most common HAIs cost hospitals more than $40,000 per case, on average.

The environment, in which a patient is treated, can be a repository for microorganisms, which can survive the most rigorous disinfection practices. Organisms can be transmitted to a patient via their environment, their caregiver or from a patient’s own skin.  On any given day, about 1 in 31 hospital patients acquires at least one HAI.

There are 4 types of HAIs associated with invasive devices and procedures: 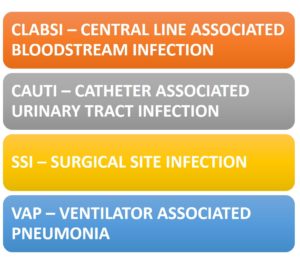 HAIs impose significant economic consequences on the nation’s healthcare system.  HAIs continue to be an important patient safety problem and the financial and social costs of treating them are staggering.  The overall direct cost of HAIs to hospitals ranges from  $28B to $45B US, annually.

Steps can be taken to control and prevent HAIs in a variety of settings. Research shows that when healthcare facilities, care teams, and individual doctors and nurses, are aware of infection problems and take specific steps to prevent them, rates of some targeted HAIs (e.g., CLABSI) can decrease by more than 70 percent.

Despite significant prevention success through improved central line insertion practices, there is still a need to expand prevention through improved maintenance of central lines and other strategies.  Continued prevention efforts, employing strategies to both reduce the risk of CAUTIs per good catheter care and careful CAUTI diagnosis and reduction of unnecessary catheter use, will be needed in the ICUs and hospital wards.  Future declines in SSI will require collaborative efforts with the surgical community to develop innovative prevention strategies directed at specific patient procedures.  Additionally, there is a considerable need for antibiotic stewardship in adult ambulatory settings as well as the development of other prevention strategies directed at these infections.

Biofilms in Medicine and the Environment

A biofilm comprises any group of microorganisms in which the individual cells stick to each other and often also to a surface. These cells produce a protective extracellular slimy polymeric matrix that plays a crucial role in allowing them to grow and thrive. Because they have three-dimensional structure and represent a community lifestyle for microorganisms, biofilms are frequently described metaphorically as “cities for microbes”.

Biofilms can form on living or non-living surfaces and can be prevalent in natural, industrial and hospital settings. Their formation begins with the attachment of free-floating microorganisms to a surface. The development of a biofilm may allow for an aggregate cell colony to be increasingly resistant to antibiotics.

In the case of marine vessels, biofilm formation results from the proliferation of marine bacterial biofilms that ultimately lead to macro-fouling.   The accumulation of biomass below the waterline of ships can lead to significant increases in “drag” thus requiring the expenditure of more fuel for transporting goods. With this increase in fuel consumption, concomitant increases in the cost of goods and the emission of greenhouse gases follow.

At IMS, we have developed a family of antimicrobial polymer fillers that can be incorporated into many different materials and subsequently processed using well-accepted methods such as molding, extrusion, and lacquer coating. Polymer modification of the polymer to incorporate the antimicrobial filler yields materials with surface properties inhospitable to microorganisms thus diminishing the likelihood of proliferation in the form of biofilm. 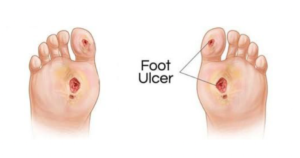 Non-healing wounds can, in part, be slow to heal because of the presence of tissue-adherent biofilms. These biofilms result in prolonged and exacerbated inflammation, excessive proteolysis, increased oxidative stress, destruction of crucial growth factors, and important cell-surface receptors needed for wound repair and resolution. 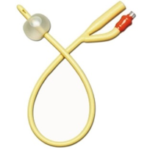 The lumens of a urinary (Foley) catheter can be overrun with mineral-rich biofilms formed in the presence of urease-producing bacteria such as Proteus mirabilis. Urea, a waste product excreted by the kidneys when you urinate, is hydrolysed in the presence of urease, an enzyme produced by some bacteria. The hydrolysis product of urea is ammonia. Ammonia in the lumen effectively increases the pH of the urine stream thus precipitating otherwise soluble polyvalent calcium phosphate carbonate salts. This precipitation into the lumen entraps the bacteria which grow into biofilm thus further occluding the flow of urine and creating a dangerous situation for the infected patient. 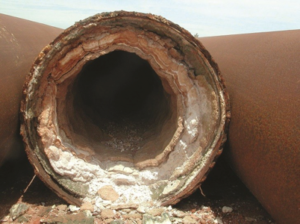 According to the National Association of Corrosion Engineers (NACE), the oil and gas industries spend 7 Billion  annually on direct corrosion and repair for oil and gas transmission pipelines and the industries spend 1.4 Billion  each year to protect or restore production and exploration of infrastructure and equipment. 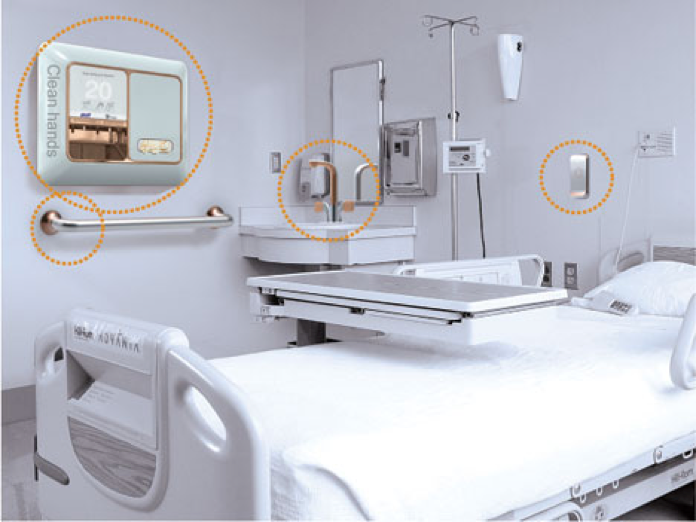 Contaminated surfaces are reservoirs for transmission of pathogens directly through patient contact with the environment or indirectly through contamination of health care workers’ hands and gloves. Hospital room surfaces are known to be unsanitary even after terminal disinfection with bleach, quaternary ammonium compounds, UV light or hydrogen peroxide vapor. Copper metal surfaces have been well accepted as protective against most microorganisms, including viruses.

Walls and flooring represent the largest surface areas susceptible to contamination within the interiors of hospitals, clinics, nursing homes, daycare centers, and gyms, where pathogens can be a cause for concern.  IMS composite surfaces can mitigate pathogen contamination in healthcare and other environments.